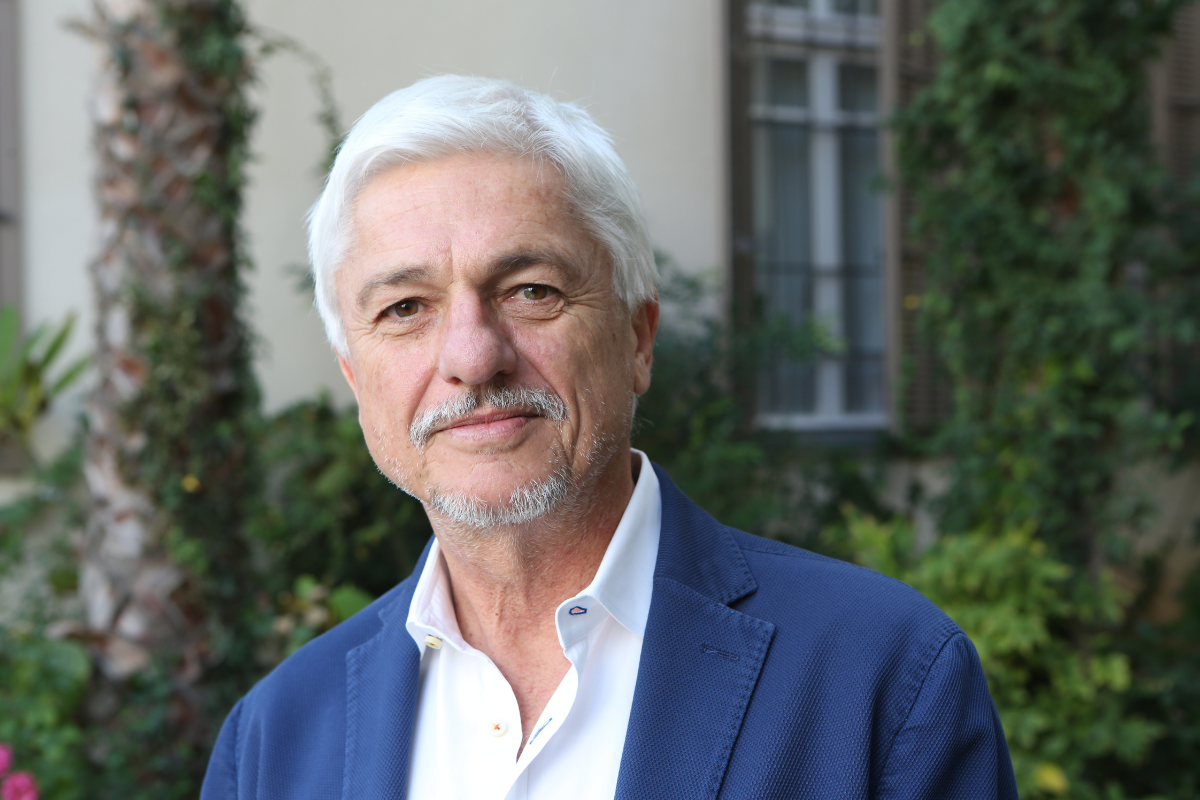 Charly Kleissner on Investing in Tech For Good

Charly Kleissner is a name that will ring a bell for most in the world of impact. He’s nothing short of a legend in the sector having began impact investing before it had a name and founding a number of touchstone organisations in the space. He is a Co-Founder of Toniic and KL Felicitas Foundation, and serves as Chairman of the Board of ImpactAssets.

Charly believes that the real meaning of wealth is to make a positive contribution to humanity and the planet. He sees impact investing not as an intellectual exercise, but as an expression of who he really is.Charly was the first to arrive in our virtual ‘backstage’ area for a recent panel discussion BGV hosted on Angel Investing in Tech for Good. Within minutes we were talking about gin and tonics and the arrival of his first grandchild.

You only have to talk to Charly for this amount of time to feel his genuine compassion for others. Luckily, we had longer than a few minutes with him, and are happy to share his invaluable insights in this edited interview. Here he talks about his experience of the evolution of the impact market, how he screens startups for investment, and what excites him about the future of tech for good.

How have you seen impact investing change since you started?

I initially had a very successful career in Silicon Valley, including at NeXT with Steve Jobs, and luckily I managed to diversify my stock holding just before the dot-com crash in 2001. That’s when my wife Lisa and I became what is now called impact investors - so we’ve been doing this for about 20 years. When we started out it was very difficult to find deals and it was also very difficult to do due diligence, especially for companies in other countries. That's why we started creating organisations to help with that. One of those was Toniic - which is now a global network of 500 high net worth and family office individuals with about 40% in North America, 40% in Europe and 20% in Asia. We started Toniic in order to do co-investments so we didn’t have to travel around but could instead share due diligence, and this really helped on the supply side of capital. Another approach was that Lisa and I founded incubators and accelerators in order to create deal flow ourselves. The first one was in India in 2004 when there weren’t any impact accelerators around at the time. We also created another one in Vienna and one in Honolulu. We also invested in a lot of intermediaries. So fast forward and we now have much more established and diverse networks, impact funds and fund of funds. I think the market has also moved beyond this bifurcation between impact and non-impact, to a much more blended approach, which I’m really happy about.

How do you screen tech for good startups for investment?

Impact is not just about reporting but about management which is important to get into in the due diligence process. We look at whether a business has innate impact or not. We don't like businesses with add ons, such as the one-for-one model where you sell a pair of shoes and give a pair away - that’s not impact for deep impact investors. We also look at the entrepreneur and ask is she really an impactful person? If she's only trying to maximise returns for her and her team then we would not invest.So the first screen is: are you an impactful person? The second is, is your business impact? Then we go into the financial model, and then the impact model, in that order. However we don't expect a whole lot of detail on the impact model in the beginning for seed stage, because we help the entrepreneur actually develop their impact strategy.

So how do you work with companies on their approach to impact?

I don’t think it’s appropriate to demand something in such detail when the business model and other aspects are still changing. So we are careful not to impose our metrics on founders, but instead we try to coach them to make sure that we measure things that are actually appropriate for the business to scale. We also put impact metrics into the term sheets but in a way that is a help, rather than a burden, to the business.I also think that every successful company needs to have an ethics charter that outlines what they believe in. I just institutionalised one with the help of the board at ImpactAssets. So it's not a personal statement, but it’s a question of what does the company stand for? Because how can you say that the business that you're in is ethical or not if you don't state your beliefs and belief systems. It’s a tough exercise to do but I encourage everybody to reflect on that.

What are you investing in at the moment?

Personally, I’m now investing in the confluence of impact, technology and consciousness. I believe that we need to change the economic and financial system itself in such a way that it includes impact at its core. We actually know what to do: we need to redesign these systems according to the principles of regeneration, resiliency, circularity and regionality. With the right level of awareness and consciousness we will actually be able to accomplish this change. This type of awareness is currently emerging in many places, including the Deep Impact Circles at Toniic. I'm now investing in the tokenisation of impact, as that technology has the potential for aligning the impact intentions of the investors and the investees - ultimately leading to modern marketplaces, where matches will be made by smart contracts. More specifically, I have invested in companies like Rainfall which tokenises our digital footprint in order for the end-user to monetize it, or Proof of Impact, which puts impact events on the blockchain in order to make it more traceable, and then runs AI algorithms over that in order to analyse outputs and outcomes.

What excites you about the future of tech for good?

I'm excited about democratisation and FinTech, because when I think about the systemic issues of the financial system, then active participation of non-elite, normal folks, is absolutely necessary. And there's lots of exciting crowdfunding platforms and peer to peer networks out there doing that. When you look at the venture capital and finance industry it only serves the investors. So I also see tokenization as a huge opportunity to at least get rid of that particular design flaw and to involve all the stakeholders, including the beneficiaries, by designing the tokens in such a way that if we achieve a bigger impact that they will personally benefit from that. And that's doable if you do it right. To me that’s an example of a modern way of not just scratching at the surface of capitalism. It might not go straight to the heart of the issue, but it at least addresses some significant shortcomings that are designed into the current system that we really want to burst open and move beyond.

‍Never miss an update from BGV by signing up to our monthly newsletter. 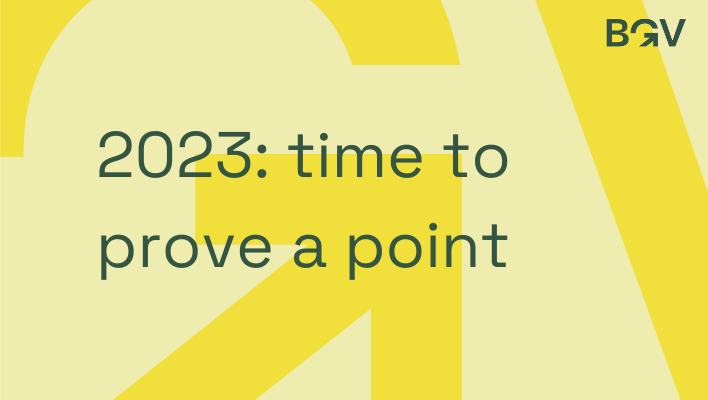 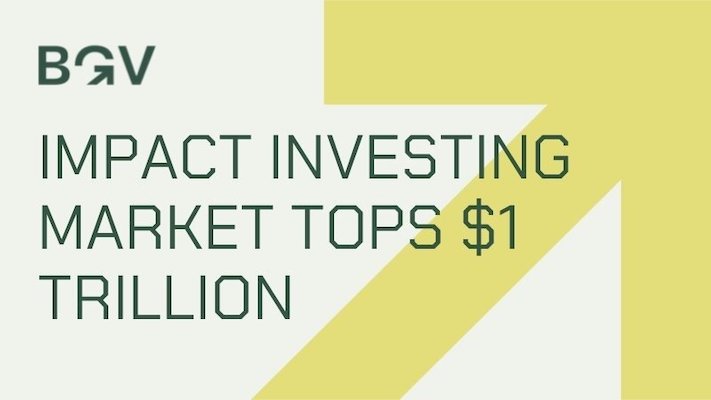 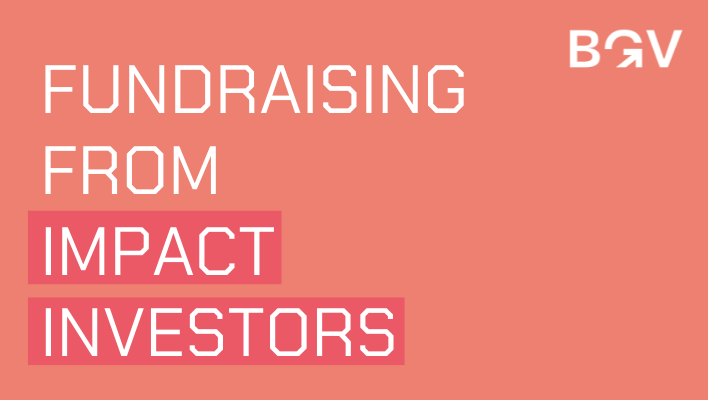